Andrea Martinelli was born in Prato on 12 March 1965, city ​​where he currently lives and works.

After graduating from the Porta Romana Art Institute in Florence, in 1988 wins the Tito Conti award, thanks to which the Academy of Drawing Arts of Florence assigns him as a scholarship an atelier in Piazza Donatello for a duration of five years. In this period he gives life to a series of works entitled “Senesceze”, that attract the attention of the art critic and historian Giovanni Testori.

Between 1992 and the following year, therefore, impressive portraits of the elderly and of grandfather Dino were born, in which the artist concentrates with singular skill in the merciless and obsessive definition of somatic features.

In these works the strong attention for drawing emerges, a technique that over the years acquires a predominant interest in his research. From 1993 undertakes an important exhibition activity, among which we remember the personal exhibitions in Strasbourg at the European Parliament, at the Frissiras Museum in Athens, allo Scheringa Museum in Amsterdam, at the Panorama Museum in Bad Frankenhausen in Germany, at the Fondation Rustin in Antwerp and at the Museo della Permanente in Milan.

In 2003 is in the 2011 is present at the International Exhibition of the Venice Biennale. Always in 2011, the Italian Pavilion, directed by Vittorio Sgarbi, promotes a solo exhibition at the Pecci Museum in Milan on the occasion of the 150th anniversary of the unification of Italy. The 2018 it is the year of two major events. In March, an anthology of his works is inaugurated at the Ducal Palace of Urbino by Vittorio Sgarbi entitled “The shadow, the eyes and the night”. On the other hand, the personal exhibition is inaugurated in July “Look at me and I'll tell you who you are” at the Refectory of Santa Maria Novella in Florence, curated by Elisabetta Sgarbi on the occasion of the Milanesiana.

In 2019 a great anthology was held at the Giorgio Conti Foundation (Palazzo Cucchiari) of Carrara, “Andrea Martinelli. Stories of men and shadows. Works 1999-2019”, curated by Massimo Bertozzi and Antonio Natali. From 2014 Martinelli is a member of the Academy of Arts and Design in Florence. 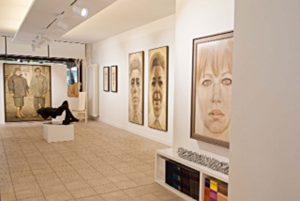 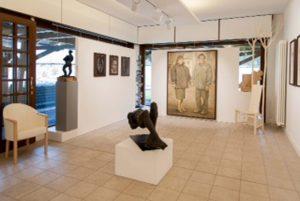 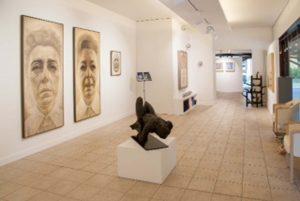 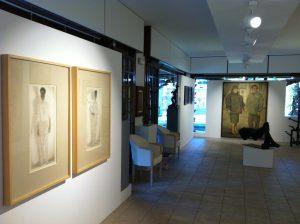 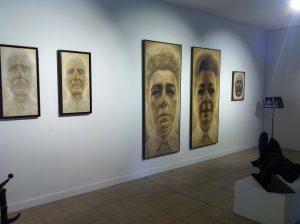 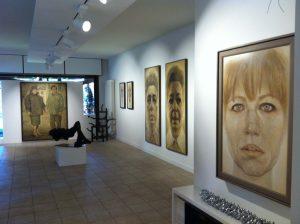