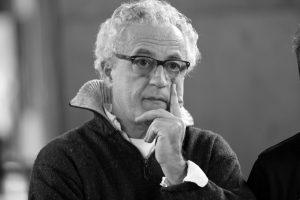 Luciano Fiannacca, was born in Genoa 1951. Between 1966/70 completed his studies at the Liceo Artistico “N. Barabino ”of Genoa 1969. He made his debut in the exhibition ordered by G. Beringheli "Young experiences in contemporary art in Genoa".

In 1971 gives life to a screen printing workshop around which many young artists rotate; three of them propose exhibitions with audiovisuals and installations ("Materials for" Unimedia Gallery, Genoa) curated by A. Sartori. In 1975 first solo show.

The following year he began teaching at the Lyceum and with his work he entered the Cernuschi Ghiringhelli collection acquired by the Municipality of Genoa for the Villa Croce Museum. In 1977 participates in the exhibition "The unveiled sign" curated by M. Bishop for the Galleria Rotta in Genoa. In 1978 he was awarded the "Duchess of Galliera" scholarship by the Municipality of Genoa, which allows him to stay in London and bring the works of Turner and Rotcko closer. We are in 1981 when he organizes a series of three-way exhibitions where suggestive displays are created. He begins to collaborate with the Galleria Rotta in Genoa. In 1984 presents the exhibition “Il labipinto” curated by B. Bacigalupo, E. Cirone, L. Muller. We are in 1984 when he makes his first trip to the United States to learn more about American Abstract Expressionism. In 1986 creates the monograph "Paper Space" for the Le Pietre Gallery in Arenzano and the SIAG publishing house in Genoa ( R. Candle ,V. Conti) presented at the Museum of Villa Croce in Genoa by G. Beringheli and his friend Achille Perilli. Participate in the 1987 at the “Rizoma” exhibition curated by L. Finizio at the Villa Comunale of Naples. 1990 Monograph edited by G. Of Genoa, in the same year he took part in the "Esaedro" exhibition at the Termoli Contemporary Art Gallery. Personal exhibition at the Galleria Lombardi in Rome and the Galleria Rotta in Genoa curated by Claudio Cerritelli. In 1991 participates in numerous national and international art fairs (Milano,Bologna, Roma, Florence, Madrid, Barcelona, Hamburg, Gant, Stockholm).We are in 1992 when invited by the Wentworth Gallery in Miami he stayed in Florida where he created several works that are exhibited in the major capitals of the United States. From 1993/94, in the furnaces of Albissola he realizes some large works which are exhibited in Faenza and Savona; participates out of competition in the Suzzara prize. Personal exhibition at Art Jonction at the Palais de festivales de Cannes. 1995 Some graphic works are presented at the Paris Graphics Exhibition. 1996 At the Galleria Rotta in Genoa, a personal exhibition with large-format works with a presentation by B. Bandini.

At the Marieschi Gallery in Monza, a large exhibition dedicated to the Galleria Rotta with works by some of the major contemporary artists presented in the following 70 years of activity of the Gallery. In 1997 at the Casarini studio in Savona he realizes some works in glass-fusion which are exhibited in 1998 in the “Trasparenze” exhibition at the Palazzo Ducale in Genoa. From 2000 al 2004 holds numerous personal exhibitions in public and private spaces (Gall. Route GE, Spriano Omega, Palazzo Tornelli Ameno NO, Villa Borzino Busalla GE. Gall. Valente Finalmarina SV, Studio Fontana Albissola SV, Fortress of Castelfranco Finalmarina SV, Terragni Lissone Palace (MB) creates the covers of Smemoranda for the Gut publishing house in Milan.

It is built on his project, in 2006, a painting of approx 800 square meters on the facade of the "Grand Hotel Spiaggia" in Alassio. The following year thanks to the partnership with Giovanni Poggi, owner and animator of "Ceramiche San Giorgio", historic furnace of Albissola Marina, participates in numerous exhibitions in different locations, among these the “DENMARKS KERAMIKMUSEUM” and the Mantenga house in Mantua. Take part in the exhibition “In the lands of the Della Rovere” Albissola Marina ceramic museum. In 2009 Municipality of Urbania and at the “Savona 900” exhibition at the Priamar fortress of Savona and curated by G. Beringheli e R. Caretaker. 2009 personal exhibition at the Silva Gallery in Seregno (MB). 2010 As part of the "Open Studies" event, personal exhibition at the Antonio Calderara Foundation in Vacciago.

From 2010 al 2013 with the patronage of the Municipality of Magliolo SV it gives life annually, in the spaces in front of his studio, to a series of exhibitions with outdoor installations with numerous Italian artists. In 2011 personal exhibition at Studio Ghiglione in Genoa. At the Derixglastudios in Taunusstein in Germany, realizes some works in glass then exhibited at the glass museum of Altare SV . From 2012 al 2013 "The places of the soul" personal exhibition at the Museum of Sant’Agostino in Genoa with video catalog with texts by R. Caretaker, F. P. Farassino and music by F. Vernizzi.

We are in 2014 when he returns to exhibit in Sabbioneta (MN) in the exhibition "The great artists of San Giorgio ceramics" at the Teatro all’Antica. 2016 for the first edition of the exhibition “the wind of Hermes” he created a large installation on the terrace of the Palazzo Reale in Genoa. His glass works are exhibited in the "Sculptures of light" exhibition at the Piegaro glass museum and at the Sansepolcro Biennale of glass art. In 2017 exhibits in Finalborgo (SV) and Andorra (SV). Revisiting old experiences of research on materials, in 2018 he dedicates himself to the realization of a small number of works using old recycled wooden boards as a support. Personal exhibitions in Milan ( SPAZIO HUS and AMY-Art by E. Longari). In 2020 with Anna Valla exhibitions at the Peano Cuneo Foundation and Galleria Carena & Capato Borgo San Dalmazzo (CN). 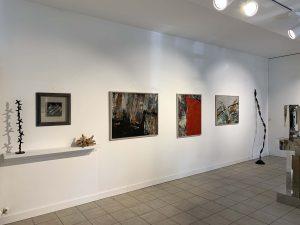 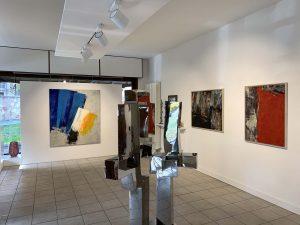 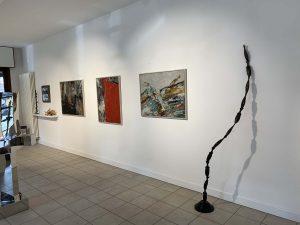 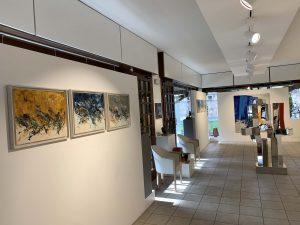 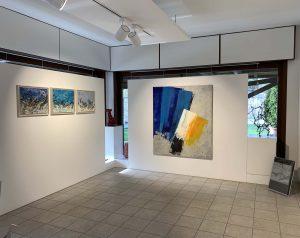 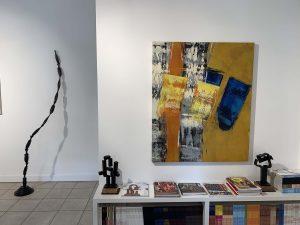 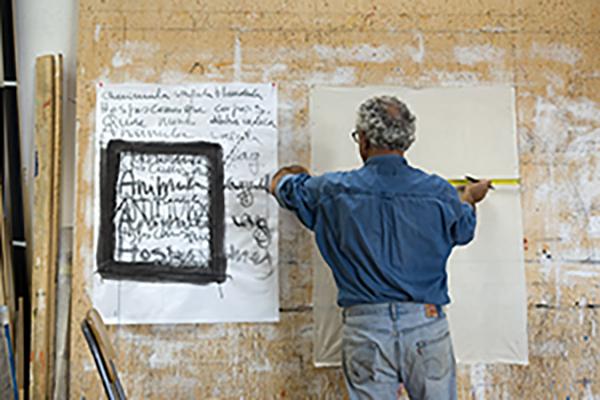